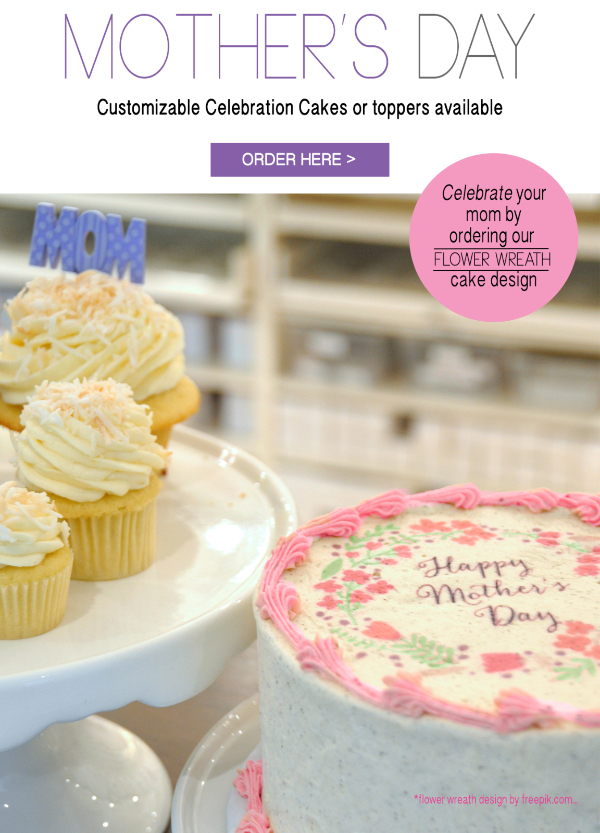 As I write this, it is Mother’s Day 2015 and it was a busy week for us leading up to today. You can see above one Mother’s Day cake idea we offered. At the 3-month mark of owning the edible printer, I’d say it is turning out to be a good decision.
(As I have written here before, I’ve learned to never assume that a decision will be a good one…regardless of analysis done ahead of time, some things just don’t work out. At least that has been my experience!)
Andrew is home this weekend from his course at Boston, and we were talking about the different things going on at PGB right now and how it is likely a good time to do a new 5-year plan. Amazingly, the business is in its 5th year already and even though we have done lots of things since opening PGB that weren’t planned, I don’t think a plan’s purpose is necessarily accuracy. (see above comment re no-crystal-ball). I think what the writing of a business plan mostly achieves is the forced discipline of thinking about how everything will fit together and setting some goals to work toward.
Currently in the business we’re promoting our customizing capabilities (the edible printer’s toppers and cakes); launching the online sale of packaged frozen gluten free minis; starting to plan the cookbook launch early next year; and exploring the idea of doing more in the wedding market.  It is hard to keep straight some days where each project is at – a good sign that a written plan may be in order.
In closing I want to share a quote from the Martha Beck blog I read (Martha is an author, coach and speaker). I like it a lot. I am as critical as the next person for sure, but I’m working on becoming less so:  I agree that poking holes in an initiative is so much easier than actually doing something.
Here it is:
Criticism is an alluring substitute for creation, because tearing things down, unlike building them up, really is as easy as falling off a stump. It’s blissfully simple to strike a savvy, sophisticated pose by attacking someone else’s creations, but the old adage is right: Any fool can burn down a barn. Building one is something else again.
business plan; criticism; Mother's Day; forecasting; accuracy; Harvard; Prairie Girl Bakery

I have been eating a lot of baked goods lately. This is not a hardship, but still, I maybe need to rein it in. For one thing I am now on V5 of the products I am planning to launch and so I have analyzed and eaten my way through all those iterations. But also over the last few months as the weather has warmed up and the pandemic has wound down, I have discovered that Toronto has added some really...

A few weeks back, I listened to a podcast that the host kicked off by saying that her guest was one of her favorite people, “I always love it when I see your name!”. This made me think about all the people whose name makes me feel good, when I see or hear it. I thought of my friend, Megan, whose fictional Google review of her experience at a hospital made me laugh so hard I almost spit out my tea...

Last week I listened to an interview of Andrew Oliver of Oliver & Bonacini on Leading Through the Crisis. It is an excellent interview – have a listen to really understand the impact of the pandemic on the Canadian foodservice industry. E20. Leading through Crisis Andrew also mentioned the many good things that he has seen including the loyalty of his team and the kindness of their...

I started Prairie Girl with a sum of capital, much of which was an inheritance from my beloved parents’ estate. Because I had the capital to spend, I spent it. Not for PGB would there be used bakery equipment, cheap countertops, or plain chef’s jackets by the dozen. No, Prairie Girl Bakery circa 2010-11 had all-new ovens from Quebec, Corian counter tops and chef’s jackets with the logo...